If you are not following Bzirkworld, you should be!! 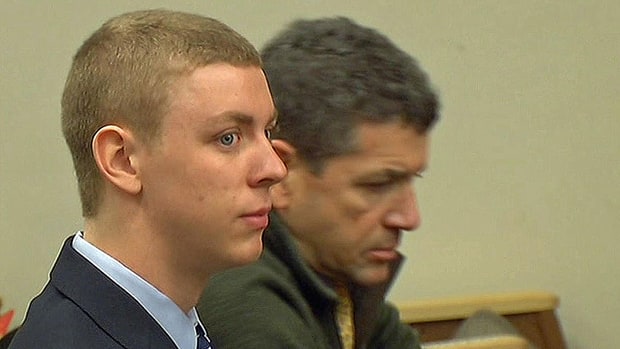 Rapist and the Rapist’s father

I am just a tiny bit skeptical about all the brouhaha over the bug-eyed, chinless rapist with his little swimmer’s hair Afro.  The one who got nearly a free pass for raping a 23-year-old unconscious woman. After all, both parents of the rapist have expressed how sad and depressed he is after the raping.  He hardly smiles anymore, they said. He’s too delicate to survive in prison, his mother told the judge.  He’s even taken on the “binge-drinking” cause and plans to let others know what a bad thing it is to consume copious amounts of alcohol. Violent rape is hardly worth mentioning but binge drinking is a really bad idea. His family is really proud of him for taking this on. Bless their hearts.

Neither the rapist nor his parents have publicly acknowledged the violent rape. It’s just too unseemly…