I am of the opinion that human desire leads to greatness and weakness. Desire is the part of human condition that leads to murder, burglary, rape, etc. I enjoyed the perspective of this article and thought to share with you guys…
(I will leave comments open on this one, but please show the original page some love by viewing the post. ) 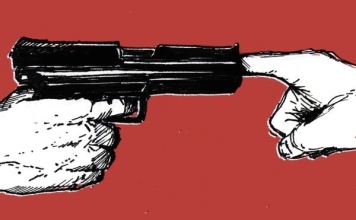 Chicago’s murder rate matches all of Japan and is higher than Spain, Poland and pre-war Syria. But Chicago isn’t even the worst. New Orleans and Detroit are in competition year to year for the number 1 spot of most murders by firearm per 100,000 people.

Interestingly, New York, California, Illinois and Pennsylvania have the strictest gun control laws yet house these cities with high murder rates by firearm.

Every day no matter what. #noexcuses #mswarrior
Golf + deer = relaxation
This little guy...!!!